A working meeting on digital tools in higher education took place as part of the 27th annual conference of the Gesellschaft für Medien in der Wissenschaft e. V. (Society for Media in Science). The aim was the exchange and discourse on research questions in the two BMBF-funded projects “tech4comp” and “SIDDATA”.

In addition to presenting the research questions and project structures, the possible data to be processed were presented against the background of the organisational conditions for success. The requirements analysis, which is carried out with the different groups of people at universities, was summarised.

Similar to the mentoring concept in the tech4comp project, students using the SIDDATA study assistant system must also voluntarily choose the support and recommendations.
The systems will have to focus in particular on data protection and data transparency in order to establish trust. Likewise, different data sources must be merged in the respective digital tools after approval by the users.

The tech4comp project is particularly concerned with the personalized acquisition of competence, which is to be made possible by digital tools independently of concrete courses.
The approach in the SIDDATA project is the individualization of studies with regard to study interests and goals.

During the discussion, it became clear that the focus should be on the users. The promise of use should also be checked to see what the projects can give and actually make possible. Students could also be shown which data the universities have already stored about them. This would be an opportunity with regard to digital tools for students in higher education. 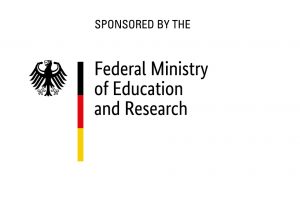 By continuing to use the site, you agree to the use of cookies. Datenschutz